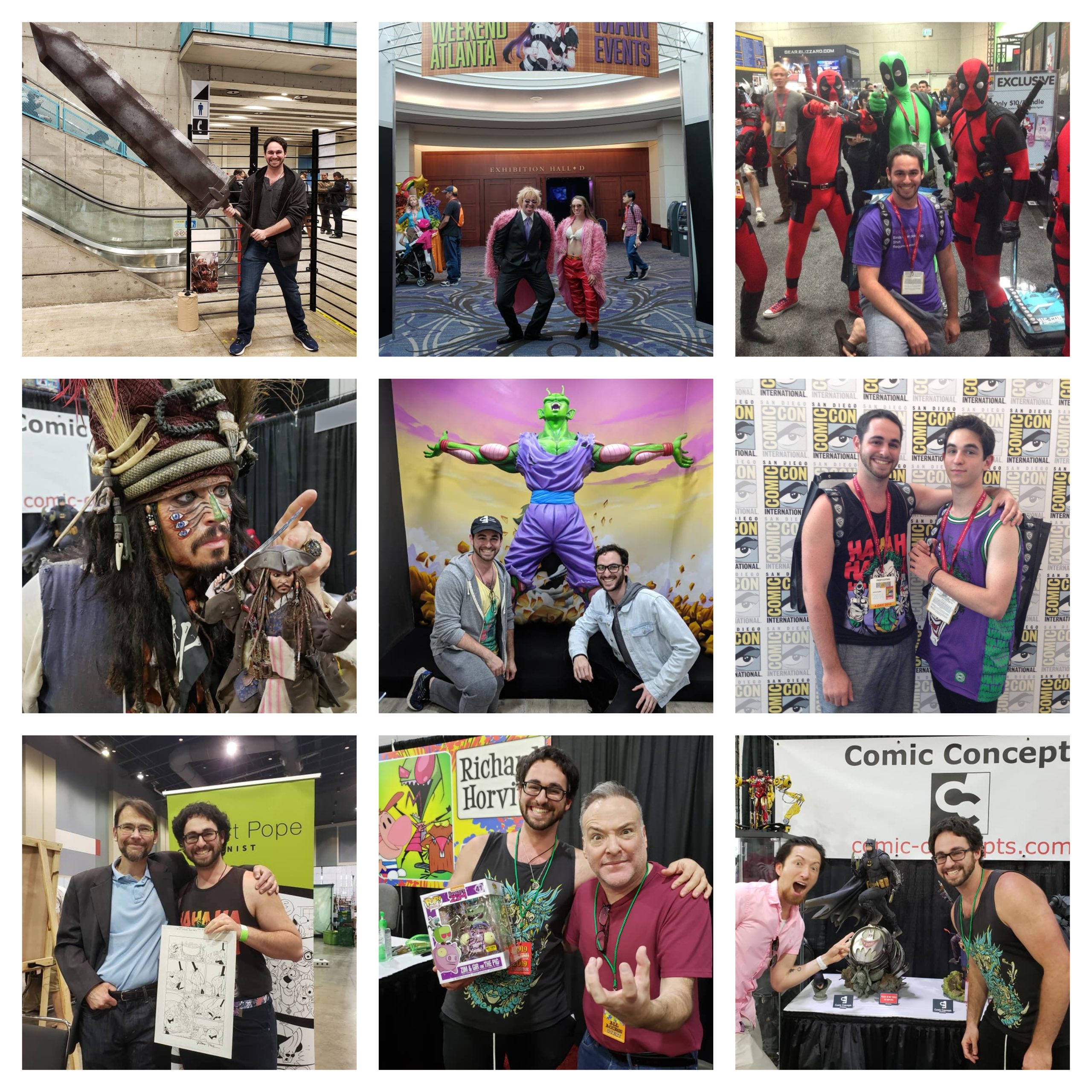 Why Do I Collect?

Why do I collect statues and figures?

That’s a question I’m asked on a daily basis, and there never seems to be a right answer to give when it comes to justifying a $1000 purchase on a fictitious character.

We collectors are an interesting bunch.  While not everyone understands us, the community involved in this hobby has grown into such a driving force that it really doesn’t matter, because we understand each other and our passions push collecting and creativity to extremes.

My name is Josh and I have no idea what I’m doing!

My passion for collecting started in the 90’s with my very first Trading Card Game, Pokémon!  I liked colorful, cool monsters and I liked shiny things, as most 6 year-olds do, which eventually grew into me collecting the full sets of the Basic, Fossil, and Jungle sets.  From there it branched into all the Pokémon games, basketball cards, Yugioh cards, etc.  After Elementary school, I found myself playing around with the throw-away parts in a dumpster which I later found out was owned by a company called Sideshow Collectibles. I actually had no idea who Sideshow Collectibles was at the time as the biggest concern in my life was trying to get all Exodia cards for my Yugioh deck.  Eventually I got into the addiction known as World of Warcraft and started hardcore collecting mounts and pets on the virtual side of things, as well as playing the Auction House which, believe it or not, played a massive role in my understanding of collecting and business.  I guess all those hours weren’t a complete waste!

Fast forward to High School, I found myself job shadowing Sideshow Collectibles and receiving my very first statue,  The Blood Elf Vs Draenei Exclusive by Sideshow Collectibles.  Yes I still have it and no it is not for sale!  While I will not disclose any names for privacy reasons, I will say the CEO of Sideshow and much of its staff are really amazing people that genuinely love the hobby.

College caused a huge shift in gear and to sum it up, I love collecting but I also love medicine.  I was originally going to be a veterinarian, and even got into vet school, but ultimately decided to go into human medicine and am now a practicing Anesthesiologist Assistant, or as we are called in Georgia, a PA – Anesthetist.

With the expenses of my medical program, I started selling World of Warcraft items for actual cash through eBay in order to get through school.  With the leftover money I started collecting again, which has just led down this ridiculous rabbit hole.  First it was some small Overwatch statues, then an Illidan Stormrage statue, to a Life-Size Heath Ledger Joker Bust, and then a Hot Toys Marty McFly, Hot Toys Doc Brown, and Hot Toys Time Machine… it was like a switch.  After all this, I started treating statues and figures like stock on eBay, and while it was profitable, I was tired of losing 50% of my profit to eBay fees and not being able to appropriately interact with my customers.  I started doing some research on Facebook and found that there was a ridiculous amount of Statue and Figure communities all over!  You guys!  All this time I was completely oblivious to this massive community!  The downside to all of this is I now have 20 pre-orders for statues headed my way and you bad influences have crushed my wall space and wallet!

Now slap on a name and there you have it, Comic Concepts!  Now why Comic Concepts?  It’s simply really.  Comic Con has and will always be a huge influence in any collector’s life and this whole hobby is based on Concept Art!

I started Comic Concepts in 2018 with two goals in mind. First, to be a place for collectors to find whatever they need, with the intention of never letting customer service slip over time, regardless of how big we got.  Second, to reduce toxicity in the hobby by creating a place where people can discuss their collectibles and interests in a positive light.  Customer service is one thing that has seriously lacked in the collecting world and toxicity was on the rise and I wanted to change that.

So here we are!  Because of you wonderful people, yes even those that will try and return a Hot Toys figure because the shipper got damaged, I was able to build up Comic Concepts into what it is today.  I owe all of it to you, whether you’re a big collector or just getting into it.

So going back to the question: “Why do I collect?”  For me, I think it’s the idea of having my own personal museum of memories that bring me joy.  When I see each of my pieces, it invokes some sort of emotional reaction that has had a positive influence on my overall life and who I am today.  I think it’s incredibly important to surround yourself with things that make you happy, and for me, some of those things happens to be a giant Donut Diorama with Iron Man, or an Iron Giant statue, maybe even a statue of Doflamingo, a villain I dressed up as when I went to an Anime convention.

I love talking to so many of you and getting you the collectibles you want.  It really does bring me a ton of joy knowing that I was able to supply you with the things that make you happy!  Thank you everyone for helping develop my small collecting hobby into this wonderful community!  I look forward to the future with each and every one of you!